FREE MASTERCLASS How to build an online business that allows you to travel the world.

FREE MASTERCLASS How to build an online business that allows you to travel the world.

So let’s travel to Colombia. In 2020 before the lockdown started I was traveling through Colombia. I always dreamed of going there and I had no idea about how it would be there.

I have been traveling to Medelling, Cartagena, Minca, San Andres, Providencia and more.

The first days we went to visit the beaches a little bit further. Islas del Rosario, Playa Blanca, and Islas del Encanto are all easy to reach from Cartagena in less than a couple of hours independently or with a tour. Although very popular as day trips, going for one night or longer is the best way to experience the beaches with fewer people.

Getsemaní is still primarily a backpacker hub though although it’s now more hipster-chic than punk, and really comes alive at night.

We had the most cutest lunches and dinners in Cartagena.

After Cartagena we went to Santa Marta. We stayed there for two nights and then we went to Minca. We visited Tayrona National Park: Home of the Sierra Nevada de Santa Marta, the highest costal mountain in the world, its scenery varies from sandy beaches to rainforest.

You can get private taxis from just about anywhere in Santa Marta to take you to Minca.

Minca is a small town in the mountains above Santa Marta and has become a popular destination.

Waterfalls, hiking, birdwatching, great cafes, locally grown coffee, and even a local brewery, this little town has it all. W did the Jungle Joe Minca Adventures tour and we really liked it! We slept in Minca Ecohabs Hotel. in the middle of the jungle.

Afte Minca we took a flight from Santa Marta to Medellin.

I was so excited for Meddelin Because of all the stories. The city was is nestled in the Aburrá Valley of the Andes Mountains

I did this amazing walking tour with a very nice guide. He was dedicated in showing people the real story of Medellin. The guide was super friendly, speak great English, and there are no questions that are off limits. They actually invite you to ask about some of the awkward topics such as Pablo Escobar.

Co-working spaces are becoming extremely popular. Medellin is this beautiful digital nomad place. From nice co-working places, to rooftop parties and young people hanging in the parcs and bars.

I also went paragliding which was a new experience for me. I was flying above the city of Medellin, which also gave me a different view. I saw all the poor villages, and the houses that kind of showed me the reality what’s happening just outside of the city. It was beautiful to fly above the city, but I was also kind of scared haha. Not sure if I will go paragliding again.

After Medellin we flew to San Andres. The most spectacular feature will reveal itself to you as you’re flying in… behold the sea of seven colors! Most visitors that consider going to Colombia don’t even know about San Andres Island. I’m glad that I found out about this tiny island.

San Andres is a tiny island that belongs to Colombia, although geographically it’s closer to Nicaragua and Jamaica. The tiny island is a diverse mix of African descendants who actually prefer to speak English, due to the island’s early history.

San Andres is a great place to chill for a few days and experience a different side of the Caribbean. The best part of the island is obviously its beaches. You can also go kitesurfing here (omg yes!, and it has a little bar in the middle of the ocean). Most beautiful kite spot I have ever seen and very quiet.

San Andres has beautiful beaches to chill at and it’s actually touristic. I didn’t expect it too much.

Working on the island is not the best, WIFI is pretty slow. It was good enough for me in the hotel but not that great if you have to jump on several calls.

We loved the island vibes and I am such an Island girl so we went on to the next. Providencia.

To get to Providencia, you can hop on a 20-minute flight from San Andrés or else take the pretty 3-hour catamaran ride to get there.

Traveling to Providencia is something else!! NOT a lot of tourists and it feels like a pirate island. We rented a bike and visited the island. I couldn’t believe how pure this island is. It’s not found by many tourists yet, let’s hope it stays like that. Snorkeling is incredible and the water breathtaking.

Pop over to Santa Catalina (a neighboring island connected by bridge). It’s so cute and you have small restaurants there and a very quiet beach.

The pirate Henry Morgan used Providencia as a base for raiding the Spanish empire, and rumors suggest that much of his treasure remains hidden on the island. Many parts of the island are named after Morgan. Forts and cannons dating back hundreds of years can be found scattered all over Santa Catalina Island.

It’s no small feat to get there, which is likely why Providencia has maintained its mystery.

After Providencia we went back to Cartagena and then something started happening which we didn’t expect. Lock Down Colombia was happening. We were so lucky by taking the last flight with KLM back to Amsterdam. The last day we couldn’t get out of the hotel and the airport was full of people trying to catch the last flight. COVID-19 started to get serious.

Do you also want to work and travel at the same time? Click here to win a free coaching call. 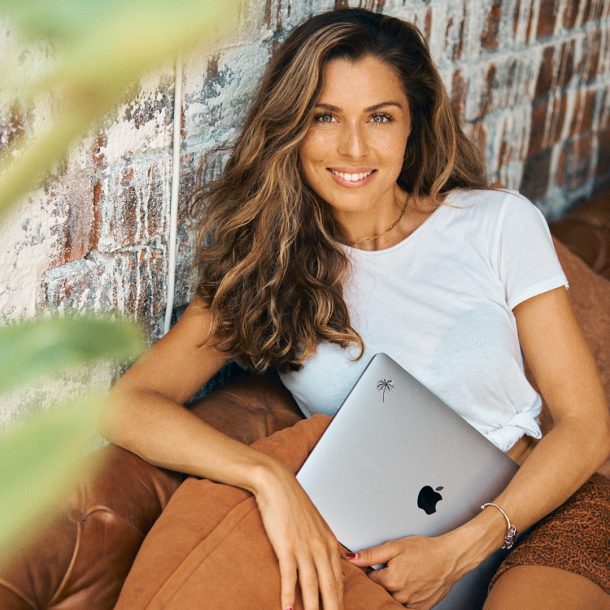 You are a masterpiece covered with stone; your job in this world is to uncover yourself.

We use cookies on our website to give you the most relevant experience by remembering your preferences and repeat visits. By clicking “Accept”, you consent to the use of ALL the cookies.
Cookie settingsACCEPT
Manage consent

This website uses cookies to improve your experience while you navigate through the website. Out of these, the cookies that are categorized as necessary are stored on your browser as they are essential for the working of basic functionalities of the website. We also use third-party cookies that help us analyze and understand how you use this website. These cookies will be stored in your browser only with your consent. You also have the option to opt-out of these cookies. But opting out of some of these cookies may affect your browsing experience.
Necessary Always Enabled
Necessary cookies are absolutely essential for the website to function properly. These cookies ensure basic functionalities and security features of the website, anonymously.
Functional
Functional cookies help to perform certain functionalities like sharing the content of the website on social media platforms, collect feedbacks, and other third-party features.
Performance
Performance cookies are used to understand and analyze the key performance indexes of the website which helps in delivering a better user experience for the visitors.
Analytics
Analytical cookies are used to understand how visitors interact with the website. These cookies help provide information on metrics the number of visitors, bounce rate, traffic source, etc.
Advertisement
Advertisement cookies are used to provide visitors with relevant ads and marketing campaigns. These cookies track visitors across websites and collect information to provide customized ads.
Others
Other uncategorized cookies are those that are being analyzed and have not been classified into a category as yet.
SAVE & ACCEPT